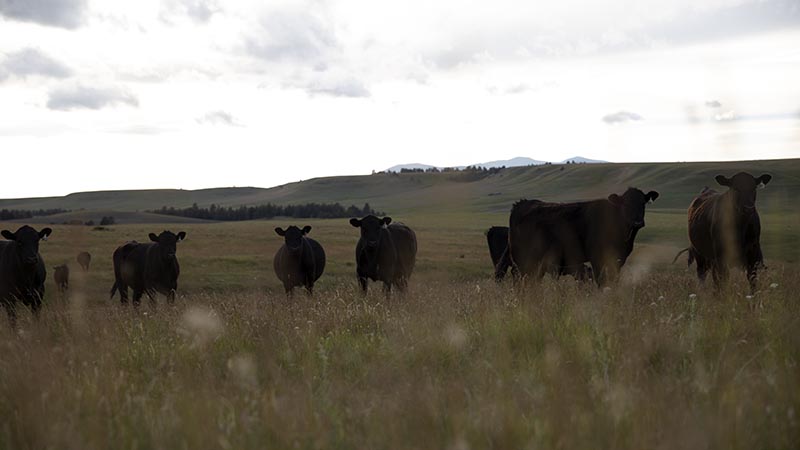 GrowSafe Systems Ltd. announces the appointment of Gareth Llewellyn as its new CEO effective immediately as well as a number of management and Board changes designed to propel the business’ growth as a leader in the development and commercialization of technologies that support livestock producers become more efficient, profitable and environmentally sustainable.

Gareth, who joined GrowSafe in 2018, will succeed Ian Hamilton in leading the organization. Ian joins the Board as a Non-Executive Director. The other appointments, also announced today include:

Gareth Llewellyn, the newly appointed CEO of GrowSafe Systems Ltd. said, “I have been involved with GrowSafe in various capacities for several years and firmly believe that the insights our technology provides will make a material and lasting difference to global beef and dairy production.”

“We have a highly talented and ambitious team and it is a pleasure to have the opportunity to lead GrowSafe. As a company, our ultimate focus is the success of our customers and we will do all we can to ensure we are aligned with this commitment.”

Ian Hamilton said, “It has been a privilege to lead the GrowSafe team for the past 10 months and having spent time within the business I am more excited than ever about the opportunities available to the company and the impact it can have on the industry. As I take up a Board role, I am looking forward to seeing GrowSafe move to its next growth phase under the new leadership team.”

Graham Ramsbottom, Chief Executive Officer of majority shareholder Wheatsheaf Group, will step down from the GrowSafe Board as part of these changes. Commenting on the news he said, “Wheatsheaf is committed to supporting the development and long-term sustainability of agriculture industries around the world. We see the success of GrowSafe as a key piece to delivering this and the changes announced today are to support and enhance GrowSafe’s growth strategies and ability to deliver its vision.”

Wheatsheaf Group directly operates, invests in and helps to develop businesses in the food and agriculture sectors. Wheatsheaf is one of three constituent parts of the Grosvenor Estate which represents all of the business activities of the Grosvenor family. Through the activities of over 2,500 people across 34 countries and the development of innovative technologies, it aims to contribute enduring solutions to improve efficiency in the production of healthy and nutritious food to meet the food requirements borne out of the increasing demands of changing global population.

Breeding for Survivability with Genetic Selection and Measurement

This website uses cookies to improve your experience while you navigate through the website. Out of these, the cookies that are categorized as necessary are stored on your browser as they are essential for the working of basic functionalities of the website. We also use third-party cookies that help us analyze and understand how you use this website. These cookies will be stored in your browser only with your consent. You also have the option to opt-out of these cookies. But opting out of some of these cookies may affect your browsing experience.
Necessary Always Enabled
Necessary cookies are absolutely essential for the website to function properly. These cookies ensure basic functionalities and security features of the website, anonymously.
Functional
Functional cookies help to perform certain functionalities like sharing the content of the website on social media platforms, collect feedbacks, and other third-party features.
Performance
Performance cookies are used to understand and analyze the key performance indexes of the website which helps in delivering a better user experience for the visitors.
Analytics
Analytical cookies are used to understand how visitors interact with the website. These cookies help provide information on metrics the number of visitors, bounce rate, traffic source, etc.
Advertisement
Advertisement cookies are used to provide visitors with relevant ads and marketing campaigns. These cookies track visitors across websites and collect information to provide customized ads.
Others
Other uncategorized cookies are those that are being analyzed and have not been classified into a category as yet.
SAVE & ACCEPT
Translate »